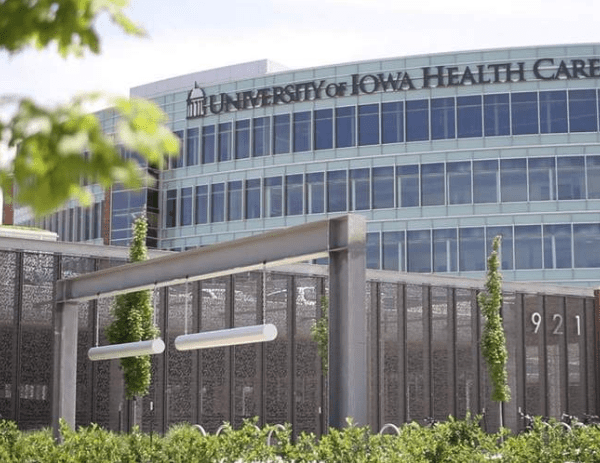 The following article originally appeared in the Cedar Rapids Gazette on Tuesday, July 30, 2019.

The oft-tracked and touted U.S. News & World Report rankings of best hospitals in the country show Iowa’s top-rated facility made some gains and also slipped in some specialties — while maintaining its prestige as the only nationally ranked hospital in the state.

According to the 30th annual U.S. News “Best Hospital Rankings” for 2019-2020, made public Tuesday morning, the University of Iowa Hospitals and Clinics ranked among the country’s Top 50 in six of 16 specialties, earning “high performing” status in an additional two.

That is fewer than last year, when UIHC ranked in the Top 50 in seven specialties, with four more labeled high performing — a status granted specialties that don’t rank nationally but score well enough to land in the top 10 percent among analyzed centers.

But this year’s rankings included several methodology changes, which U.S. News & World Report officials in June said are so significant that “a hospital’s performance in the new rankings should not be compared with its numerical rank or unranked status from previous years,” according to UI spokesman Tom Moore.

He said the hospital only knows of its rankings right now.

“The data behind the rankings will be released later, so we cannot determine the impact of the new methodology,” Moore said.

Methodology changes for this year’s rankings involved the addition of two patient-centered measures — including an outcome measure examining how often patients go straight home from the hospital instead of to a transitional nursing home or institutional care setting.

It also incorporated an “enhanced risk-adjustment model” accounting for differences in patient populations “so that hospitals that treat sicker patients are not penalized” — a metric likely affecting UIHC, which often reports on the severity and sickness of its patients.

And it harmonized the specialty rankings outcome measurement with the U.S. News “procedures and conditions ratings,” which debuted in 2015.

In ranking 165 hospitals among the Top 50 in one or more specialty, U.S. News assessed “nearly every community hospital in America” — amounting to more than 4,500 hospitals. Including the 16 prime specialties it considered — from cancer, cardiology and diabetes to gastroenterology, gynecology and geriatrics — the publication ranked hospitals in a total 25 adult specialties, procedures and conditions.

UIHC earned its highest placement in ophthalmology, and for its ears, nose and throat specialty — both coming in at No. 6. Under the old methodology, UIHC’s ENT unit ranked No. 3 last year; its ophthalmology specialty previously ranked No. 7.

UIHC also moved up under the revised assessment model in gynecology — from No. 50 to No. 19; and in pulmonology — from No. 39 to No. 27. It dropped in three other specialties.

Its cancer ranking fell from No. 18 to No. 43; its orthopedics placement slipped from No. 14 to No. 27; and its urology department dropped out of the Top 50 after earning the No. 34 spot last year.

UIHC — as the top-rated hospital in Iowa and the only to achieve national standing on the widely publicized list — regularly boasts of its U.S. rankings, which also come out annually for children’s hospitals. U.S. News last month published its new pediatric specialty rankings, placing the UI Stead Family Children’s Hospital among the country’s Top 50 in six areas — up from four last year but down from eight in 2016 and nine in 2015.

The U.S. News adult-specialty rankings are based largely on objective data — with hospitals receiving an overall score from 0 to 100 on outcomes, patient experience, care-related factors like nurse staffing, and expert opinion obtained through a physician survey. That survey asks doctors to name up to five hospitals they consider best in their specialty.

St. Luke’s was the only of those three other Iowa hospitals to earn a “high performing” mark — in pulmonology and lung surgery.

In recognition of the country’s most elite facilities, U.S. News issues an honor roll annually for those 20 facilities “with unusual competence across a range of adult specialties, procedures and conditions.”

Topping this year’s Honor Roll was the Mayo Clinic in Rochester, Minn., ranking in 15 specialties, including No. 1 or 2 in 11 specialties; Massachusetts General Hospital at No. 2; and Johns Hopkins Hospital in Baltimore at No. 3.