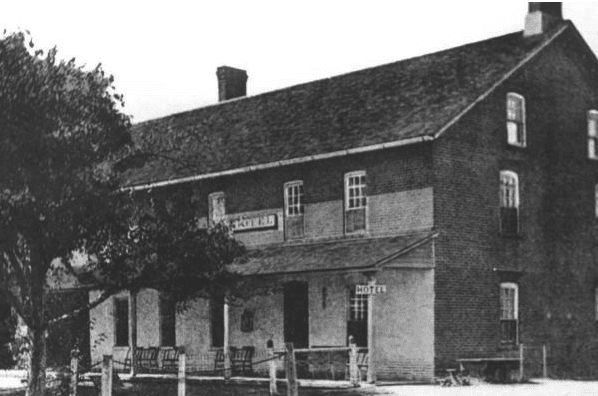 The National Park Service (NPS) on Sept. 20 announced $12.6 million in Save America’s Treasures grants to assist funding 41 preservation and conservation projects in 23 states.

The Amana Colonies Historical Sites Foundation is pleased to announce that they are a National Save America’s Treasures Program Grant Recipient of $131,500 for the continued restoration of the Upper South Hotel in South Amana.

“This is very exciting news for the Amana Sites Foundation and for the Amana Colonies as a whole” said Laura Hoover, director of the Foundation. “While the strength of the Amana Colonies lies is in the completeness of the whole, the Upper South Hotel stands out for both its size and its function in the Colonies. Built in 1884 to serve passengers of the Chicago, Milwaukee and St Paul Railroad, which came to Upper South in 1883 with a depot just south of the Hotel, it was where communal Amana met the outside world. People arriving by train, business men, tourists, and in later years Hawkeye fans, all stayed at the hotel. In many ways, the Upper South Hotel was the “Front Door’ to the Amana Colonies.”

The NPS, in partnership with the Institute of Museum and Library Services (IMLS), the National Endowment for the Arts (NEA), and the National Endowment for the Humanities (NEH), awarded these matching grants to support the preservation of nationally significant historic properties and collections through the Save America’s Treasures program. “Save America’s Treasures helps preserve nationally significant historic properties and collections that convey our nation’s rich heritage to future generations of Americans,” said U.S. Secretary of the Interior David Bernhardt. “This $12.6 million in funding will leverage more than $22 million in private and public investment for preservation and conservation projects without spending taxpayers’ money.” “Through these competitive matching grants, the National Park Service and our federal, state, tribal, local government, and nonprofit partners are helping communities preserve some of our nation’s most important historic places and collections,” said National Park Service Deputy Director P. Daniel Smith. “By doing so we are saving these sites and stories for future generations.”

The Amana Colonies Historical Sites Foundation will use the funds towards the continuing restoration of the Upper South Hotel in South Amana, Iowa, a landmark property in the Amana Colonies National Historic Landmark. The project looks to mitigate damage from years of neglect by a former private owner, including loss of the roof, broken and rotting windows, and brick damage from overgrown vegetation. This project includes restoring 54 historic windows and the repair of damaged brick and mortar on the exterior. The first phase of the project, funded

in part by a grant from the State Historical Society of Iowa focused on replacing the roof; future phases will focus on the interior spaces, grounds and auxiliary buildings.

“This is a project that the Amana Colonies Historical Sites Foundation took on at the urging of the local community,” said Hoover, “Working with the Amana Colonies Land Use District, and numerous community volunteers, we are in now in a position to save this important Amana landmark for the future. To have the National Park Service’s support in this effort is invaluable.”

The Federal Save America’s Treasures program was established in 1998 and is carried out in partnership with IMLS, NEA and NEH with the objective of preserving nationally significant historic properties and museum collections for future generations of Americans to experience, learn from and enjoy. From 1999 to 2017, more than 1,300 projects received $328 million to provide preservation and conservation work on nationally significant collections, artifacts, structures and sites. Requiring a dollar-for-dollar private match, these grants leveraged more than $377 million in private investment and contributed more than 16,000 jobs to local and state economies. In 2018, Congress appropriated funding for Save America’s Treasures from the Historic Preservation Fund (HPF), which uses revenue from federal oil leases to provide assistance for a broad range of preservation assistance without using tax dollars.

For more information about the grants and the Save America’s Treasures Program, please visit http://go.nps.gov/sat. An additional $13 million will be available in FY2019 funding in the fall of 2019.