Final Fountains buildings to start this spring in Cedar Rapids 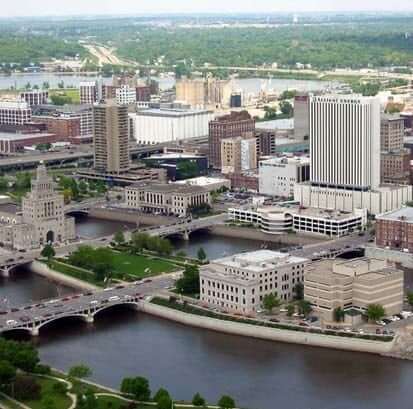 The following article was originally published by the Cedar Rapids Gazette on December 27, 2019.

Construction is expected to begin in spring 2020 on the final buildings in the Fountains, a $35 million, 20-acre, mixed-use development at Edgewood and Blairs Ferry roads NE, just north of the recently connected Highway 100, in Cedar Rapids.

Joe Ahmann, owner and president of Ahmann Cos., said two office buildings are planned for a plot of land on the north edge of the Fountains.

“In the original plan, we had one large office building or the option of splitting that into two buildings,” Ahmann said.

“We will probably split it because of the market and not wanting to get too far ahead of our skis over there by building a bunch of space.

“The building that we are planning right now will be about 35,000 square feet, which will be for office-services use. The reason we are looking at this is we are seriously working with an interested party.

“We hopefully will get that put together by the end of the year or the first part of next year and submit the plan with two buildings to the city.”

Construction began on the Fountains in 2013 after the Cedar Rapids City Council approved a tax increment financing agreement with Ahmann in December 2012.

The incentive package allowed Ahmann to keep about $3.7 million of property-tax revenue generated for five years by each of the six buildings he planned to build in the Fountains.

Christine Butterfield, the city’s community development director at the time, estimated the Foundations would bring in about $10.15 million more in property-tax revenue to local government over 20 years that would not be coming in without the development.

The assessed value of the Fountains, Ahmann said, is more that $20 million.

“Depending on what we finally build on the north side of the Fountains, I would expect that we will add another $7 million to $10 million of assessed value,” he said.

“It will far exceed our original plans because some of the buildings increased in size incrementally, and that all makes a difference.”

Under the original plan, 80 percent of the development would be office-services. The remainder would be retail or restaurants.

“We are right at that line and will exceed that amount of office space after we build the final two buildings,” Ahmann said. “Right now, we have about 140,000 square feet of office and retail space built.

“Of that total, we are sitting at about 114,000 square feet of office-services.”

Looking back, Ahmann said giving the city a timeline for construction of all phases of the Fountains was difficult.

“We can go in with the best of plans, the market is going to tell you what it wants,” he said. “The market is constantly changing.

“A big change occurred when Transamerica announced its shift (moving some employees to buildings on C Street SW). Now there is office space sitting empty and it’s a little concerning.”

Ahmann said the changes at Transamerica created an opportunity for Ahmann Cos. to purchase eight acres of land to the west of the Toyota Financial Services building.

Land preparation has begun for a multifamily rental housing project.

Ahmann in September saw the opening of a Fleet Farm store in his 56-acre Edgewood Town Centre, across from the Fountains on the other side of Edgewood. The city granted a 10-year, 50 percent tax break for that development, estimated at $5.6 million, that will be rebated back to Ahmann by way of tax increment financing.

Retail is expected to fill the rest of the footprint, and Randy Kuehl Honda is building just to the south, on Ahmann’s River Ridge development.