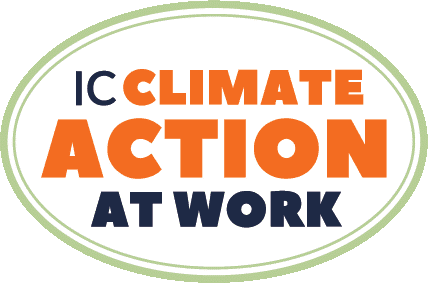 The City of Iowa City, along with partner cities Lincoln, Nebraska, and Columbia, Missouri, has received a grant to begin developing tools to assess and manage carbon drawdown efforts.

The grant was awarded by the Urban Sustainability Directors Network (USDN). The project lead for Iowa City will be Brenda Nations, the City’s Climate Action Coordinator. Other partners in the project are the Urban Drawdown Initiative (UDI) and the Trust for Public Land (TPL).

Many climate action efforts focus on reducing greenhouse gas emissions; however, slowing climate change will also require reducing carbon dioxide already present in the earth’s atmosphere, a process called carbon sequestration. This can be done in a number of ways, such as planting trees, which use carbon dioxide during the process of photosynthesis.

While there are standard methods for calculating carbon emissions in an urban setting, such methods do not exist for sequestering carbon. The USDN project aims to develop tools that can track the impact of urban carbon-management activities. Such activities might include increasing tree canopy, applying compost or managing stormwater.

USDN has worked with large urban centers on these efforts. But by including three small- to medium-sized Midwest communities, USDN expects to benefit a large number of communities in the Midwest and elsewhere.

Residents of each city will be invited to take part in at least one community challenge, and participating cities will develop implementation strategies that provide economic opportunity for disadvantaged community members.

“In Iowa City we expect to work with multiple City departments, including forestry and landfill,” says Brenda Nations. “By working together in our community and with other Midwest communities, we hope to speed up effective climate action and help our city become more resilient in the face of climate change.”

Article written and released by the City of Iowa City.