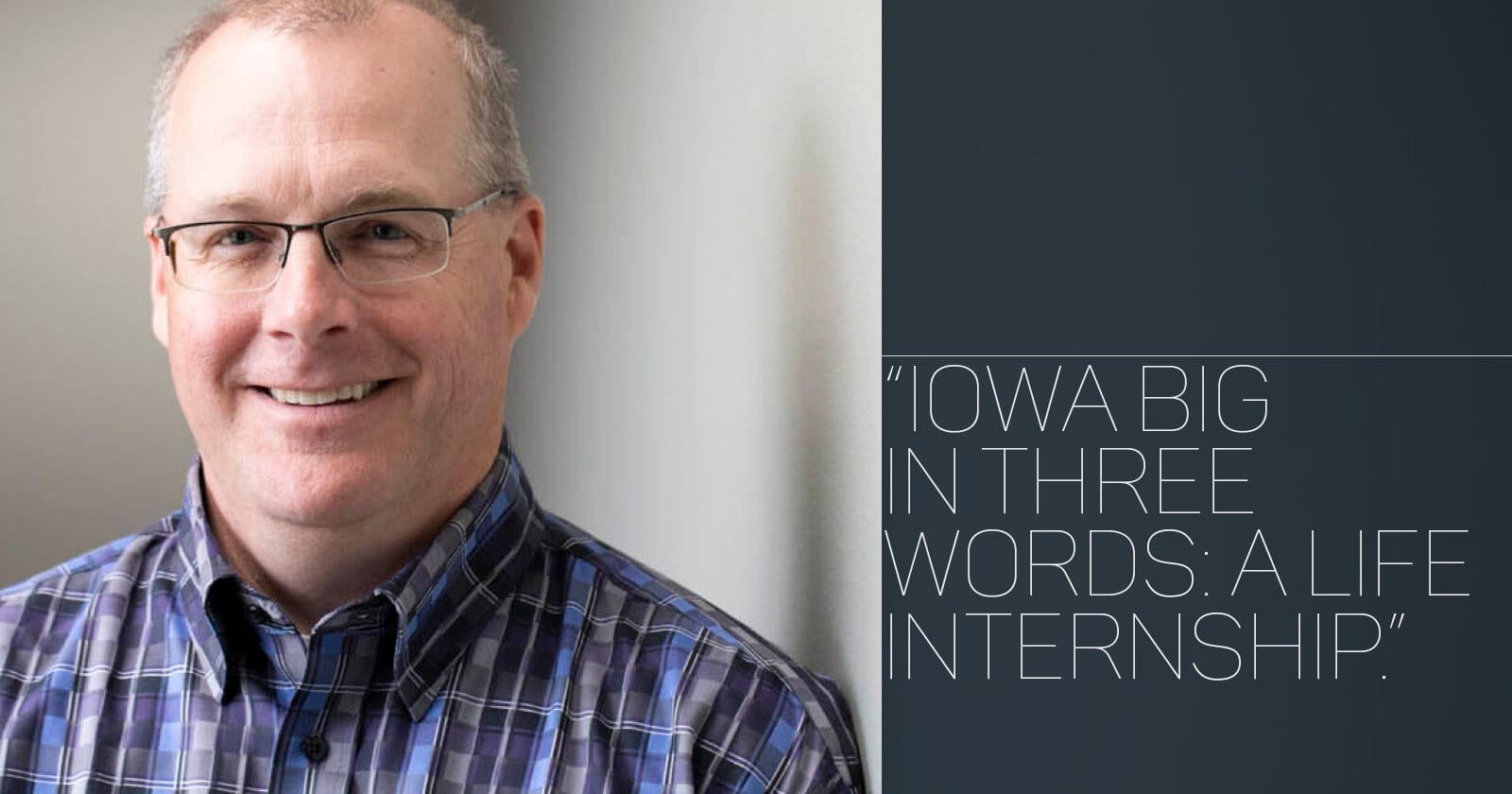 Trace Pickering changes the lives of students on a daily basis, and it was a single teacher who changed the course of his. The director of Iowa BIG, an experiencebased high school where students drive the learning, Pickering has never forgotten the man who took an interest in him and helped him see his own potential. Today his interest is in the trajectory of every child’s learning in America, and he’s been leading by example in the evolution of education.

Students of Iowa BIG are learning to think big outside the bounds of a traditional curriculum. At BIG, they create new innovations, solve problems for their neighbors, and think critically about the challenges of their community. The program allows them to use the fundamentals of learning in a hands-on approach that’s a bridge to the real world they will soon graduate into. It also puts them side by side with local entrepreneurs and million-dollar companies that provide invaluable mentorship and training, allowing them to work in a professional
coworking environment for part of the day. The program is considered so innovative that in 2015, it received funding from the Emerson Collective, a foundation from Laurene Powell Jobs, widow of the late Steve Jobs.

When students are at Iowa BIG, they aren’t just students—they’re inventors, creators, and designers. “Working in a professional space has a profound effect on learners and their self concept,” says Pickering. “One of the things schools teach kids is the concept of being done—as in ‘Am I done yet?’, or ‘Is it good enough so can I move on?’ But we know that’s not how adult life works. We’re never done. When we see kids start to drive their learning versus being passengers, that’s when we really start to see them unfold.”