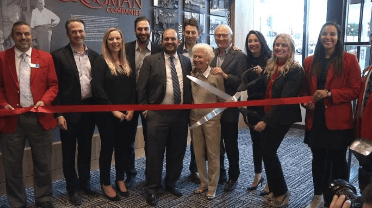 The following article was originally published by KCRG TV-9 on 10/17/19.

One of eastern Iowa’s largest real estate companies now has a new home of its own.

The building was under construction for about a year, and employees have been working there for about a month now.

The new location on 1st Avenue East is right next door to its old office, where the company had been since 1953.

Before the ribbon-cutting, Cedar Rapids Mayor Brad Hart and Doug Neumann of the Cedar Rapids Metro Economic Alliance said this new building is an example of positive development in the city right now.

Skogman has sold its old building to a local developer.