The mountains are still calling, but Iowa City is home | Tom Banta 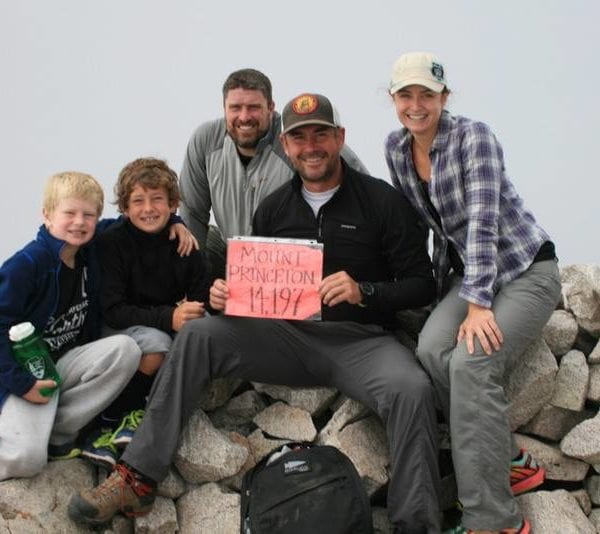 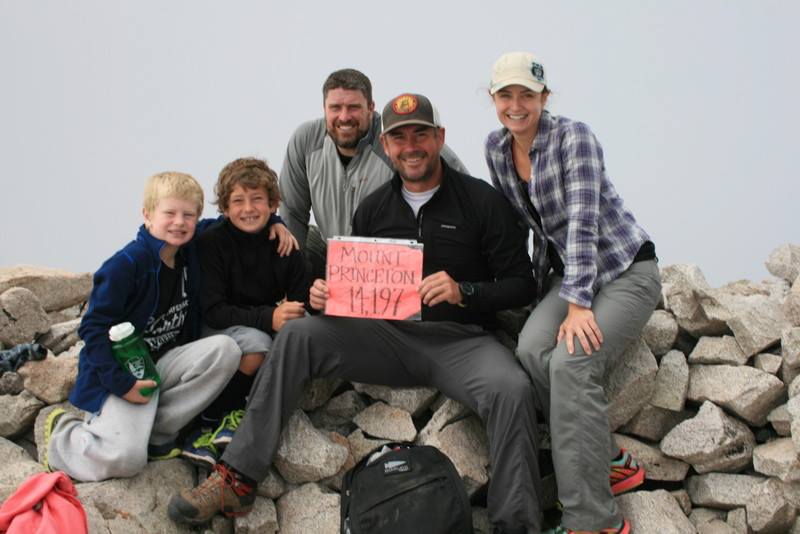 I was born and raised in the mountain west having spent most of my childhood in “small town” America. My smallest community had a population of 72 people where I attended 5th grade in a school that had an average class size of 8. I’m a Wyoming native but spent my early years in South Dakota with the Black Hills and Badlands as my backyard. My family found their way to the high plains desert of southwest Wyoming where I completed junior high and high school. It’s a childhood that I remember fondly, and one that I wouldn’t change. My father worked for the National Park Service and grew up in Denver, so we frequented Colorado for holidays and family vacations (and often still do). The mountains and wide-open spaces hold a special place in my heart and always will.

The outdoors and athletics were a central part of my youth. I had the opportunity to play baseball in college which led me to the University of Iowa and Iowa City. Though far from a big city experience, the college town of 100,000 was a nice transition from the predominantly rural upbringing that I had previously enjoyed. Although I very much enjoyed my time in Iowa City, I was eager to see what the world had to offer.

My first post-grad job was with a furniture manufacturing company in Iowa. I was eventually promoted to a Territory Manager and relocated to the San Francisco Bay area. It was early 2000 and one of the most exciting places to be in the US, if not the world. I lived in San Jose and spent most of my time traveling up and down the 101, calling on customers from San Francisco to Monterrey. The area had it all: beautiful weather, mountains, lush forests, and the ocean. It’s one of the few places in the country where you can surf in the morning and snowboard in the afternoon. (For the record, I’m not any good at either.) That said, it wasn’t all sunshine and roses. The area has some of the most congested freeways in the country. The median home price at the time was $635,000 and rising quickly. The dot.com craze quickly found its bottom and despite the beautiful outdoors the traffic and congestion made it difficult to access. As much as I loved the sunshine and 80 degree days, I started to miss the change of seasons. The Bay area was never going to be a place I could call home.

In late 2004, I was promoted again and relocated to Austin, TX. The city was exploding as one of the hottest places to be in the country. Despite all the opportunity and excitement, Austin too suffered from high prices and congestion. Not even the barbecue and music scene could overcome the difficult livibility. I was there less than a year before a promotion determined a move back to company headquarters in Iowa.

In 2007, I took a new role at the University of Iowa, returning to Iowa City after nearly a decade. In the 12 years since my return, the community has continued to transition from a party school to a place that young professionals and entrepreneurs, families and retirees call home. We have a thriving downtown full of locally owned shops and restaurants that is walkable and bikeable. The food scene is diverse and rooted in locally sourced ingredients. We are home to a world class University Hospital and tier 1 research institution along with some of the top-rated public schools in the country, most of which are still in their original neighborhoods thanks to the passing of a $190 million bond referendum. We just launched a campaign to make Iowa City the greatest small city for the arts with world class venues like Hancher Auditorium and the Voxman School of Music, along with The Englert, and Filmscene. Although more expensive than most communities in the state, Iowa City is affordable when compared to larger metros in the Midwest. We have an abundance of parks and outdoor recreation opportunities with a strong cycling culture that spans road, single-track, cyclocross, and gravel.

I’ve been fortunate to live in some wonderful places and have lasting memories from each, but for me Iowa City offers the quality of life and amenities, not to mention a 15-minute commute, that I care about. And while it’s quite different from the mountains where my story began and the big cities where I spent my 20s, Iowa City is home.