Cedar County was formed on December 21, 1837 from sections of Dubuque County. It was named for the Red Cedar River, which runs through the county, and is the only Iowa county which shares the name of a tree.

Herbert Hoover, the 31st US president, was born in West Branch in 1874.

In 1931 during what many consider to be the darkest part of the Great Depression, farmers in eastern and south-eastern Iowa rose up in violent protest against a state policy that they felt unfairly interfered in their farm operations. Click here for more information about the Cedar County Cow War of 1931. 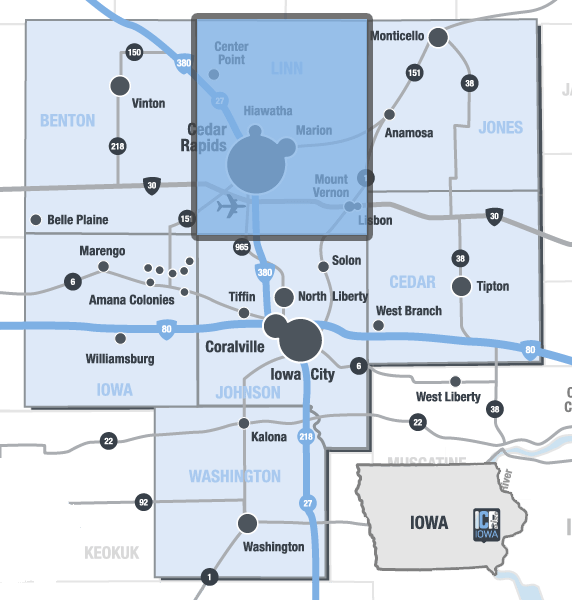 Some history about our communities…

The community of Clarence, Iowa was originally called “Onion Grove” because of the widespread growth of wild onions in the area. The village was moved in order to be close to a railroad line and the name was changed to “Clarence” on the suggestion of Clarence, New York native L. B. Gere.

Founded in 1840, the City of Tipton, Iowa is rich with history. A town steeped in rural heritage, Tipton was once named the “agricultural and livestock center of the world”. The first large Victorian home in Tipton was built in 1841 for the first Cedar County judge – and the house still stands today.

Before the Civil War, areas in and around West Branch, Iowa were stops of the Underground Railroad. Abolitionist John Brown once stayed at the Maxson farm east of West Branch.